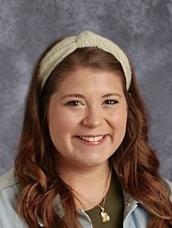 Mrs. Julia Amdy has worked at Bermudian Springs School District since 2014. She attended the University of Pittsburgh for her undergraduate degree, where she received a Bachelor of Arts in 2013. In 2016, Mrs. Amdy earned a Master's Degree in Elementary Education from the University of Pittsburgh. Previously, Mrs. Amdy has taught first and second grade at Bermudian. Currently, she is teaching math, science, and social studies in fourth grade. She enjoys spending time with her family, traveling, and reading.

You can email her at jamdy@bermudian.org